Thank you everyone for bearing with me through construction turmoil, sickness, grading hell, whining children, surly husbands, and my Mom who is in a whole other category of her own - as she should be. This semester is almost over for me and I am so happy that I think the twitch that took up residence under my left eye is finally ready to leave me. I actually have begun reading blogs again on my google reader! Hurray! And my google reader no longer says 1000+!!! It now says 498! Woo hooooo! So much progress. So much relief. So much joy.

Yesterday Angus asked me if I would take her outside to ride her scooter. I said yes without hesitation. Angus actually did a doubletake and said "Mom, you really are done with school, huh!" Oh yes I am.

So the first thing I got to do is pick a winner of my birthday contest. And the winner with the best comment has got to be Bernita Harris because -

Happy Birthday, Ello! Too bad about the dust and the noise ( but it will be so nice when they've finished.) I've has a strong desire for Monako red bean paste cookies ever since I read about them in a story. The dried squid sound good too.

The only reason I can offer up as to why I should be chosen to win is that I've just sold my novel...

Congratulations, Bernita for not only winning the first ever Ello goodie basket but for selling your novel! And BTW, this is a novel I've been dying to read ever since I read her short story with the same MC. I can't wait!!!

Ok - the second winner was chosen by random drawing for everyone who commented and extra votes for those who advertised for me. We did it the old fashioned way because I told Oldest that she could pull the winner, which started a fight with Angus and Youngest because they both wanted to pick winners also. So I bribed them with some panda cookies and they went off to stuff as many of them in their mouths as they could before Oldest would be done. Poor Oldest. 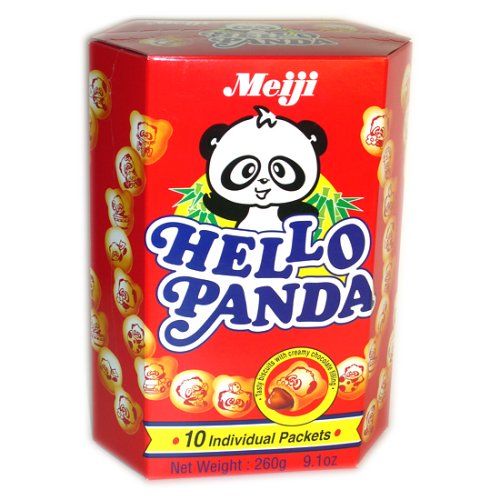 So we wrote out 39 numbers and cut them up and gave a number to everyone that entered and then we put it in my Yankees hat and Oldest pulled out the number ... 19 - which is... Carrie Harris!!!! Ha ha! She most definitely will get the dried squid, no doubt about it! Thanks to Oldest for her help and for losing out on the panda cookies. She will definitely be getting a box or 2 all to herself since she also did a fabulous job on her interview the other day with R.L. LaFevers. If you haven't checked it out, please do.

Congratulations to the winners, who will have to email me their addresses and also can tell me if they have some things they are particularly interested in and not interested in - which I shall take under advisement. he he. And since they both have blogs, I would love to have them post up their thoughts on their basket of goodies after they've sampled it.

Thanks to everyone for commenting and we will definitely have to do this contest again because I need to spread the dried squid love!
Posted by Ello - Ellen Oh at 12:36 PM

Congratulations to Bernita and Carrie!

Drat, if I'd have known all I needed to do to win was to write a novel and get it published then I'd have been in with a chance.

Can you use dried squid as bait?

fix! those harris women have hexed this here 'contest'! ;) lol

I lusted after your basket of goodies and will be delighted to blog about it! I'll try one a day and report.

(Travis,I'll let you know.That is, if I can spare any. If it matches Ello's description, there won't be any left to experiment with.)

Ello, thank you so much!
Wheee!

Congrats to your winners and congrats for making it through another semester!

I think I want some panda cookies. But all I have is Twizzlers at the moment, and a little chocolate bunny lollipop left from Easter that I'm sure my boys have forgotten until the moment it's been eaten by someone else.

Congrats to the Harris girls.

Travis: Dried squid most certainly can be used as bait. But only for catching certain things. Like maybe feral cats or fatal bacteria.

Congrats to Bernita and Carrie - enjoy the squid and cookies!

This is awesome. Doesn't get much better than squid and cookies. :)

Congrats to the winners.

That dried squid is thoroughly addicting. And if you spread natto all over it, all the better! ^ ~

Grats to the winners! What an auspicious prize :)

One piece of the puzzle often overlooked is the patient investment in a functional EHR. In order to bring together Just Keto all the pieces of the HIE puzzle patients will need to play a more active role in their healthcare.

Women were ready to try anything new, and even the most liberated woman did not turn her back on her lipstick. Lip Liner Tips

If you have a healthy body, you will probably have healthy hair. Your hair should be taken care of from inside of you by consuming a nutritious and healthy diet, along with drinking lots of water. Fruits and vegetables, whole grains, beneficial fats and lean protein all lend to happy and healthy hair. FairyMines

The study of entertainment brings out many psychological aspects of active-passive participation in emotional or mental adventure and these could be. Family of Thakurganj full movie download

How do you find these blogs? Well, it's not as easy to find them at first because just googling for "low carb blogs" can generate a lot of lists of blogs that are outdated and no longer running. It can also generate many pages of results that you don't find all that interesting and don't really want to spend time trawling through. Trendy Mumi

Satta king
this is amazing