What Diversity Means to Me - Featuring Mindy McGinnis

Today I have something a little different for the diversity series. I have my fellow Friday the Thirteener, Mindy McGinnis on the blog today. And it's special because even though she is a YA author debuting in 2013 with Not A Drop to Drink from Katherine Tegen Books, HarperCollins, she is also a YA librarian. So I asked Mindy if she wouldn't mind talking a little bit about diversity from her perspective as a librarian. 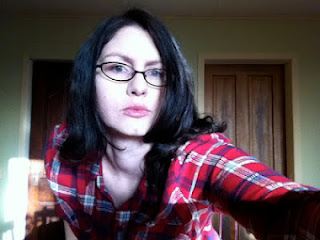 Ello - Hey Mindy! Thanks so much for being willing to talk about diversity. As a librarian, do you think there is enough diverse books in YA?

Mindy - They're out there! But you do have to search sometimes. Matt de la Pena writes some excellent books like Mexican White Boy and a fellow Ohioan, Sharon Draper, writes excellent books about minority teens. Angela Johnson is another example. Also the Bluford series, which is written by multiple authors and written for lower level readers is always popular. These are just examples off the top of my head, so yes, the titles are out there - you just need to grab a knowledgeable librarian ;)
Ello - How important do you feel diversity is to our youth?
Mindy - It's important. We live in a shrinking world, and while students in many rural areas live in a "white bubble," that won't always be the case. Especially my kids who are going to college, it's important for them to at least be aware of other cultures and have experienced them through reading, if they don't have any other exposure.
Ello - Do you think kids would read books with diversity if there were more of it or more prominently displayed?
Mindy - Kids go for a good cover, period. Anna Banks new title Of Poseidon is a great example of a gorgeous cover where many readers don't blink at the fact that the MC is black - I'm not sure they even notice.
We do have a wonderful non-fiction title "They Called Themselves The KKK" which has a striking cover. I had a student check it out who makes no bones about his racist leanings. When he returned it, he warned me against giving it to younger readers. He was shocked at the content, and it had an impact on him - no doubt. Unfortunately I think a lot of my male students adopt racist leanings because of their home environment, without realizing what they are embracing. That book opened his eyes about what he was promoting, and his actions have changed.
Ello - So my final question. What does diversity mean to you?
Mindy - Diversity to me isn't just about having choices and options available. Diversity is about actually celebrating the differences, not just accepting them.
Ello - Thanks Mindy for stopping by the blog! It's great to get a perspective from the "front lines!"
Posted by Ello - Ellen Oh at 2:45 AM

It's been so long since I've visited my blog friends. I love this Diversity Series. Going back to read the others now! Great idea and thanks to all the authors who participated.

Thanks for you views, Mindy, and I like the topic of your novel abouta teenage girl protecting her pond of drinking water. There's already shortage of water in parts of the world and later in this century, we'll probably have countries going to war overfresh water. You brings to young readers a topic that will be very important in the future. Best wishes with your novel.

Kappa - Thanks for dropping in!

Giora - Thanks so much, I'm really excited about the whole experience. I was fortunate enough to have a flash of inspiration and it washed over into a novel. Not a bad gig :)

Danette - Thanks for reading!

Mindy, thanks for sharing your experience as a librarian and how diversity in books affects and changes your students.