The Queen of England

I was raised to believe that holding the door open for people is a courtesy that should always be extended. Thus, I just don’t have the ability to let a door close in another person’s face, my hand physically won’t let me do it, no matter how much of a rush I am in. This has meant holding the door open for a great variety of people: from the nice and the appreciative, to the abrupt, the oblivious, the assholes and the Queens of England. Not the real Queen of , but people who think they are the Queen of England. You all know who I mean, right? There’s always someone in your life who has the Queen complex. They think their crap smells like Apple pie and you should be grateful they fart in your direction. 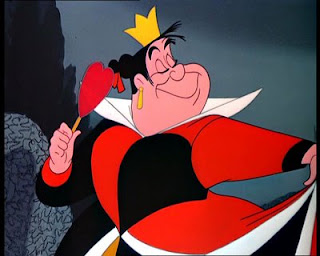 Holding the door open for people means you have a 50% chance of walking away in a bad mood. Cause there is a 50% chance that an asshole or a Queen will take advantage of your courtesy. At Youngest’s school, the percentage jumps up to 75%. I know it’s a risk that I’m going to be mad at someone, but still, like a pig to mud, I just gotta hold that door open. I’ve come to terms with this. Accepting that I will do what is right not for the jerks and idiots, but for the 25% who appreciate the courtesy and will in turn extend it elsewhere. But sometimes… grrrrrr…

So today I need to meet someone in for an appointment that I am on the verge of being late to. But I see a woman with two kids coming in so, as usual, I hold the door open. This particular door is a locked door so in the morning rush of drop off, it is always polite to hold it for another parent with their children. And by this point, since it is a fairly small pre-school, most people know each other by sight. So I am holding the door open for this woman, who clearly sees me but is seemingly in no rush to hurry her kids through. She literally continues to saunter slowly over while my fingers begin to itch with a frenzied desire to let the door go. Her older kid who is 5 and used to be in class with Youngest, looks at me and walks by, without a word of thanks. Ok, I’ll excuse him since he is 5, even though all my girls were taught to thank people before they could walk. But I understand that they may be an anomaly.

He rushes in and down towards his class. I am still waiting for the Queen of England and her younger child to walk through. She is clearly a Queen because she languidly drawls out a “thanks” but doesn’t even look at me. She is now standing right in front of the doorway in such a way that if I let go of the door it would slam into her butt, which by its flatness looks like many doors have slammed in to it over the years. Her daughter stops and insists the Queen pick her up. The Queen shakes her head and says “No way I’m carrying you in! I might break a nail!” errr, ok – she didn’t actually say the nail part, but she did lift up her hands and shake them in such a way that I believe the message was the same. She then walks around her daughter and down the hallway, leaving the 3 year old standing right in front of the doorway. Keep in mind, I am still standing there, unable to let the door go on a little kid, even if such demon child has begun to shriek like a slew of fire engines racing to a 5 alarm fire.

Other parents creep in and out, guiltily thanking me for holding open the door, even as none of them offer to hold the door in my stead. I’m like Charon, the ferryman of the . No one wants to take over for me because they know they will be stuck doing it for eternity instead. I try scooting the kid in to the building but the girl has turned into stone even as her shriekfest intensifies. I shout down the hall. “Hey your Majesty! I can’t hold this door forever!” over the screams of the demon child and I finally see the Queen huff back over and grab her daughter while giving me a loud "rolling your eyes" tsk at me coupled with a nasty sneer. I just let the door go and walked away. It turns out I can let the door shut in someone's face after all!

YAY FOR YOU!!!! I was SO hoping that the door would get slammed in her face! EXCELLENT!

Some people are just too annoying!

You're a good woman!

AHAHAHAHA! I have this same problem. Door-holder syndrome. This was an incredibly satisfying story!

Thanks for sharing, and for "letting go." Bwhahahaha...

All I can say is, "People." It's my favorite curse word these days.

out of the wordwork said...

One of my favourite quote is one from Jean Paul Sartre. I think it applies to this situation:
Hell is other people.

i HATE the queens of england!!! there are so many of them in new york, congesting the sidewalks, making me miss trains!! BOOO!! and good for you. drop that door, sister.

I believe I was once caught in a door-holding time warp. Seriously I think people thought it was my job or something - not that anyone tried to tip me and make it worth my while. I've learnt that the trick is to look as though you're walking away already and hold it by the tips of your fingers so that the next person in is obliged to take over.

The real queen of England has impeccable manners. She'd have had a footman take over.

And I always keep the door open for the next person coming in.... and once a friend of mine frowned at me that I hate guys being so chivalric and keeping door open for us. We women can open it for ourselves! Go figure!

As for the real Queen of England, don't believe everything you hear about her being one of the richest people in the world. Did you know she hand washes her own bras?

Yey! I'm glad that you ended up shutting the door. Some people just don't get being polite! One of my male co-workers has a complex about a woman holding the door for him. I mean, if he gets there first I will go as he holds it, but if I get there first he will prop it open and then I have to walk *under* his arm to get through. Not just me, he does it to all women. uk.

Yay for you! I would never have had the patience to stand there the entire time, courtesy or not. But I am an awful, hateful person. :)
I cant stand those people who believe they are above the rest of us lowly folk. I already dont like this woman you've described. Err. Gets under my skin when you do something super nice and polite and get treated like it was your place to do that for them anyway.
You go on with your bad self!!

Ha ha! (claps loudly) Okay, I know it's not nice to cheer when people get a little taste of their own medicine. But sometimes...yeah, sometimes it's just the little bit of news you need to perk up your day :)

I'm like you Ellen and hold doors open, even for men if they're close enough. It was kind of culture shock moving from CA to MT because people up here tend to be more open and friendly. When they wave to you, it's with all 5 fingers, not just one.

Thank you everyone for cheering me on! Of course I am now suffering a bit of guilt over doing this. I let my temper get the best of me. Oh well, not much I can do now! It's too late!

And whirl - you always make me choke on my own spit laughing!

you're far too kind, el... after three seconds of abuse, they're on their own when i'm holding the door grrrrrrr

Do not hold the door for that woman again. Ever. That's the only thing you can do about people like that.

I hate it when they don't take the door themselves! That's SO freaking rude.

OMG! People like that drive me insane. Especially when they don't even say thank you!

Good on you, Ello. We are exactly the same in the holding-door-open department. NOTHING will stop me from holding the door open for the person who's coming after me. Unless they're really coming after me, if you know what I mean. For some reason, the Japanese are awful at this. Strangers let the door slam in your face almost every time, even if you're carrying two kids and a diaper bag and it's raining.

I once held the door open for Angela Davis. She smiled politely and said thank you.

Ello,
Excellent post! I often think I'm passing the door to someone when they think I am a doorwoman. Bravo to you from the ranks!