Noted Swiss philosopher, Jean Piaget, once stated that “intelligence is what you use when you don’t know what to do.” But in our technological world, everything comes with an answer or within easy Google reach of information. The ability to reason and solve problems has been supplanted by ready access to the easy answer. We no longer have to worry about not knowing what to do. Calculators take care of math equations, computers input data terms and spit out formula equations and answers, the research process has been replaced by an internet search engine. Even something as simple as the memorization of home phone numbers has been relegated to the memory of computer chips in phones so that most people can no longer remember up to five of their most frequently dialed telephone numbers. I contend that technology is making us stupid.

The Loss of Memory

Before the printed word, people relied on their memory for everything. In fact, those citizens with prodigiously good memories were revered and placed in positions of honor. Oral histories were passed down each generation. Storytellers had important roles in communities. Greek playwright Aeschylus stated that “Memory is the mother of all wisdom.” One might argue that memory in and of itself is no measure of intelligence. True, rote memorization with no understanding is unhelpful. But isn’t memory a component of intelligence? An innate intelligence must have the ability to remember details of importance in its rational search for the answers. Without a doubt, memory is a key component of our intelligence. It is involved in all aspects of thinking, perception, learning, language and problem solving. But we have now entered an age where memory seems to have become irrelevant. Why memorize when everything you need to know is a mouse click away?

“The less you use your memory, the study says, the worse it gets. The study indicates, shockingly, that people in their 50s and 60s have generally better memory than people in their 30s. Why? The older group was tasked with committing more to memory when they were younger, "training" their brains appropriately. Our gadgets make it simple to offload our memory to electronic devices.” (CNET, 2007)

Not forcing ourselves to use our memory is triggering more and more short term memory loss. Because we no longer train our brains to retain information, it becomes easier to forget.

I worry about the impact of all this technology on our children. There have been more than enough studies on the impact of television to prove that the more you turn off the TV, the better it is for your children. But television alone is not the problem. Computers with its chat rooms and Facebook and MySpace cultures are fostering an addiction to the internet that has supplanted reading, writing, and even outdoor activities. And don’t even get me started on videogames! None of these things are bad if they are kept in moderation. The trouble begins with a new generation that seemingly cannot survive without its technology.

Technology addiction starts young. Companies target their audiences very well. Take for instance the Webkinz rage. It is marketed as “the stuffed animal that comes alive online in Webkinz world” (http://www.webkinz.com/, 2007). WEbkinz are stuffed animals that come with a code a child can use on its official internet site to enter their animal into a world of one dimensional fun. My children all have 3 to 4 of these creatures each. Some kids we know have anywhere from 10 to 15 of these stuffed animals. It isn’t the toy that is the problem, it is the internet component that sucks your child in to worrying about and caring for the life of their cyber pet. This alarms me. I think eight and six are too young to be constantly on the computer. When I limit their computer time to thirty minutes and to once or twice a week, they complain that I am killing their cyber pets. As if I care. The sooner they grow out of this obsession, the better. But to them, it has begun their obsession with the internet.

Technology has cultivated a world of short attention spans 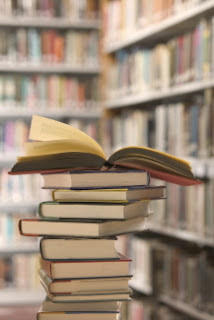 It has been well proven that children who read a lot do better in school. Reading comprehension is a core component of most intelligence testing. But less and less children are reading given the distractions of television, DVDs, computer, ipods, video games, etc. All of these technological gadgets seem to promote short attention spans and fosters an inertness in the mental faculties of our children. Everything moves quickly. They don’t need to think, just react. Reading, on the other hand, has always been about time and a demonstrated ability to focus for a long period of time. It helped sharpen your mind by the forcing you to provide long term attention to a focused reading activity.

The phenomenon of Harry Potter has proven how far reading has fallen. Media coverage highlighted over and over the incredible effect Harry Potter had on jumpstarting an interest in reading again for children. Equally hyped was the growing concern in the publishing industry with the end of the revered HP series. What, they worried, would children now read voluntarily? For it seems that most children do not read anything outside of their school reading lists, although they have no difficulties reading and posting treatise length comments on their web pages.

I am not stating that technology is bad. Of course not. It is a wonderful advent onto humanity. However, I worry that allowing technology to take over our worlds in virtually every aspect of our lives, is not such a good thing. Extremes of anything are never a good idea. I can only hope that parents will look to their children’s technology proclivities and think about curtailing them more. Push a book in their hand and take away their Gameboys and Ipods. Give them a soccer ball and turn off the TV. Teach them to play an instrument or paint a picture. Foster the arts. We, as parents, have a responsibility to offset the evils of the world, and while technology is not itself evil, too much of it may be stunting our minds.
Posted by Ello - Ellen Oh at 9:09 PM

Guilty. If I lose my cell phone, I won't be able to call anyone in my family...except my grandmother who's had the same number for 40 years. But your post points out that's not the real danger. The real danger comes in the next couple of decades when my out of practice brain has to remember things like the days of the week. Yikes!

Really great post, Ello and ditto on the phone numbers for me too. I have an old fashioned phone directory I keep in my purse but there was a time when I'll bet I had at least 100 phone numbers memorized. Now what was I saying again?

gulp! thank goodness i was a "get outside" mom...

my oldest is in to webkinz..we try to limit as well and she is "pretty" good about it. Usually "homework" has to be done and stuff like that first..before she can play